Conference Synopsis: United Poultry Concerns’ 6th Annual Conscious Eating Conference brings expert speakers to Berkeley, California to share their ideas about the best food choices we can make for the planet, ourselves, and other animals. We will explore the ethics of eating and the effect of agriculture on animals and the planet, and why it matters.

This year, we are dedicating a section of the conference to the question, How Does Religion Help or Hinder Animal Liberation? According to Pew research, 84% of the world population, and 78% of the U.S. population, consider themselves religious or have a religious identity. Many animal activists believe that spiritual communities are a “low-hanging fruit” for vegan advocacy, but are they? What do various religions say about our relationship to animals and the natural world? Should we work within these communities or leave religion behind? We will explore these questions through speakers representing Christianity, Judaism, Hinduism, Buddhism, and Atheism.

Fee: FREE for students with IDs. $15 pre-registration for all others, $25 at the door the day of the event.

Food: Your registration includes a continental breakfast of vegan pastries, fruit, coffee, and tea as well as a vegan lunch. Lunch will be Grilled “Parmesan” Polenta Cakes with caponata, sautéed vegetables with Italian herbs, tomatoes, and garlic herb bread. The polenta will be gluten-free.

Changing the World for Animals

Effective animal advocacy requires meeting people where they are — but people are different, so how can we prepare for reaching out to those we meet? Despite so many differences, are there common threads that can help activists to communicate with diverse people? What makes a good argument, and what are some of the most important tools in an activist’s tool kit? This talk explores a variety of concepts and methods necessary to meet people where they are with well-rounded, well-informed animal advocacy.

Lisa Kemmerer is a philosopher-activist and professor. Dr. Kemmerer is known internationally for social justice work on behalf of animals, the environment, and disempowered human beings. An activist for decades, she has written/edited nine books, including Eating Earth: Dietary Choice and Environmental Health; Animals and World Religions; and Sister Species: Women, Animals, and Social Justice. www.lisakemmerer.com 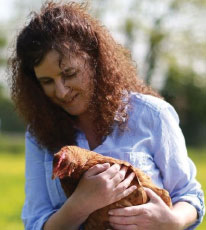 Originating in Ireland, Go Vegan World is a unique public advertising campaign that has now become the biggest and longest running international campaign of its kind. Its billboards feature animals who are not fictional or anonymous: they are the real, feeling beings with names, histories, and personalities, who have lived and died at Eden Farmed Animal Sanctuary, Ireland. For the first time in history, the animals have taken to the streets. Sandra Higgins will discuss how they have inspired and informed this campaign and how they have been received by the media and mainstream public.

Sandra Higgins founded Eden Farmed Animal Sanctuary, the first vegan sanctuary in Ireland, in 2008. Eden is now home to more than 100 resident animals, all of whom have been rescued from human use. In 2015 she founded Go Vegan Ireland, a public educational advertising campaign which quickly developed into the international campaign, Go Vegan World. Sandra is a practicing psychologist whose interest in animal rights stems from her specialty in trauma. She studied Pure Psychology at The Open University, and at Trinity College, Dublin where she obtained an MSc in Counselling Psychology. She is the author of The Power of Compassion, How to be Happy & Healthy and The Seven Natural Elements of Mental Health. Sandra works in private practice at The Compassion Foundation of Ireland where she incorporates the non-violent philosophy of veganism in her clinical work. 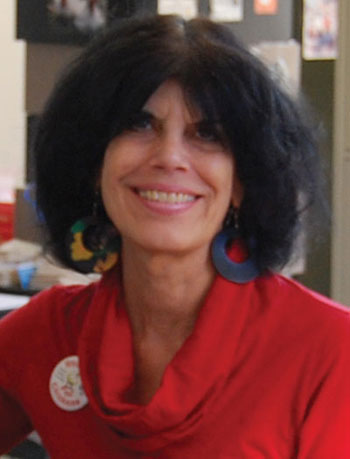 Karen will discuss how animal advocates can verbally disrupt conventional views of farmed animals and food with words that jolt people into consciousness, like the difference between eating “a chicken wing” versus eating a chicken’s wing. She will discuss whether ethical vegans should refuse to sit where animal products are served, as is being urged by some organizations. How do we reconcile our ethical goals with our daily social demands? I will give examples of the dilemmas we face.

Karen Davis, PhD is the President and Founder of United Poultry Concerns, a nonprofit organization that promotes the compassionate and respectful treatment of domestic fowl. Her books include Prisoned Chickens, Poisoned Eggs: An Inside Look at the Modern Poultry Industry; More Than a Meal: The Turkey in History, Myth, Ritual, and Reality; and The Holocaust and the Henmaid’s Tale: A Case for Comparing Atrocities. Award-winningly profiled in The Washington Post, and the author of many published articles and book chapters, most recently in Meat Culture | Brill (2016), Karen maintains a sanctuary for chickens in Virginia and was inducted into the U.S. Animal Rights Hall of Fame in 2002 for “outstanding contributions to animal liberation.” UPC President Karen Davis's Bio

Heart Teachings on the Dharma Path 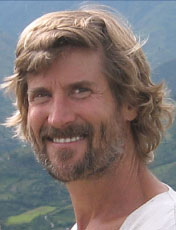 The essence of Buddhist practice is awakening to our original wisdom, beyond the confining delusions of our cultural conditioning. The foundation of this awakening is practicing mindfulness and compassion. Join author Will Tuttle, a former Zen monk and Buddhist practitioner for over 40 years, in a provocative and insightful exploration into the connections between Buddhist practice and our daily lives here in the West. He will be focusing especially on the practical and spiritual ramifications of our food choices and how these impact us both personally and culturally.

Dr. Will Tuttle is the visionary author of the acclaimed best-seller The World Peace Diet, which has been published in 16 languages and is a recipient of the Courage of Conscience Award and the Empty Cages Award. He’s also the editor of a recent book on the interconnection of social justice issues, Circles of Compassion, and is the creator of several wellness and advocacy training programs. He holds a Ph.D. in education from the University of California, Berkeley. A former Zen monk and a Dharma Master in the Korean Zen tradition, as well as a 36-year vegan, he is devoted to cultural healing and awakening. 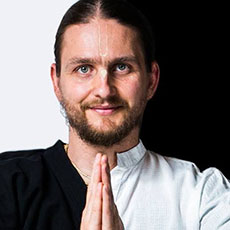 For two millennia, the concepts of ahiṃsā (non-harming), vegetarianism, and cow-protection have been fundamental spiritual principles in Hindu traditions and have perhaps created the largest vegetarian culture in world history. In recent years, the West has been greatly influenced by Hindu ethics, which are partly responsible for our modern vegan and animal rights movements. Cogen will explore the ancient roots of vegetarianism in India, will offer correlations to our modern societies, and will show how Hindu traditions can (and do) employ constructive theology to be an important cultural resource in the battle against the modern holocaust of animals and the Earth.

Cogen Bohanec has spent nearly two decades studying, practicing and teaching a variety of Eastern Religions (Yoga, Buddhism, Hinduism, Jainism, etc.) with his primary faith identity being Gaudiya Vaishnava (a sect of Hinduism). He is a PhD student at the Center for Dharma Studies (CDS) at the Graduate Theological Union (GTU) in Berkeley, CA and he holds an MA degree in Buddhist Studies from the Institute of Buddhist Studies (IBS). He has studied and translated Sanskrit literature for over eight years academically, with over five years at UC Berkeley, and has studied both Yoga and Sanskrit in India. He is the co-author of The Ultimate Betrayal: Is There Happy Meat? with his wife Hope Bohanec, with whom he has collaborated for fifteen years in the Animal Rights Movement.

We Demand Our Bodies Now: Atheism and Animal Liberation

Arising from Kim Socha’s book Animal Liberation and Atheism: Dismantling the Procrustean Bed, this talk is based on the premise that religious conceptions of animals inherently rely on speciesist ontologies. Socha aims to show the ways in which literature from the New Atheist movement provides promising new conceptions that challenge and undermine speciesism. As encouraging as these ideas are, however, they are articulated by those who will not give up their presumably natural right to dominate other animals. Socha will explore these inconsistencies with the ultimate objective of positioning the secular community as an area from which anti-speciesist views of nonhuman animals may flourish.

Kim Socha holds a PhD in English and is a college professor in the areas of writing and literature. As a volunteer, she teaches English to immigrants and refugees in Minneapolis. She is an organizer with Minnesota Animal Liberation, which focuses on the fur trade, and Progress for Science, an anti-vivisection feminist collective. Her publications include Animal Liberation and Atheism: Dismantling the Procrustean Bed and Women, Destruction, and the Avant-Garde: A Paradigm for Animal Liberation. She is also contributing editor of Defining Critical Animal Studies: An Intersectional Social Justice Approach for Liberation and Confronting Animal Exploitation: Grassroots Essays on Liberation and Veganism.

Back To The Garden: Divine Intention vs. Human Nature 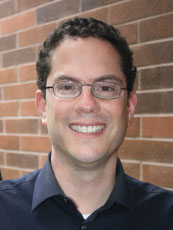 Religion seeks answers to the most basic questions about human nature. Ethical vegans everywhere struggle with the apparent bloodthirst of humans, willing to suspend any semblance of compassion for other sentient beings of another species. Does the seemingly insatiable appetite that humans have for meat suggest an error in Divine vision? What, exactly, IS the divine vision for our world? We will explore biblical and post-biblical Jewish sources that attempt to grapple with human nature vis-a-vis Divine intention for our relationship with the planet and all of its inhabitants.

Rabbi Jonathan Klein was ordained in 1997 from Hebrew Union College. He is the Executive Director of Clergy and Laity United for Economic Justice (CLUE). Prior to his role at CLUE, Rabbi Klein served on the staff of Progressive Jewish Alliance (now Bend the Arc). Rabbi Klein currently serves on the boards of the ACLU of Southern California and the anti-war Interfaith Communities United for Justice and Peace (ICUJP). As an animal rights activist, Rabbi Klein co-founded Faith Action for Animals, which organizes faith leaders to actively protect animals from human speciesism. His advocacy has helped lead to a ban on fur in West Hollywood as well as a ban on use of a bullhook on animals in circuses in Los Angeles and Oakland, and currently he leads efforts within California to curb the practice of Kapparot, a rite for expiation of sin through the slaughter of chickens during the Jewish High Holidays. Rabbi Klein also leads efforts to create a faith-based advocacy voice in cases of environmental injustices that disproportionately impact low-income communities. An ardent environmentalist, Rabbi Klein also took a lead role in organizing a styrofoam ban in Pasadena.

Christianity and Compassion: Confronting the Contradictions 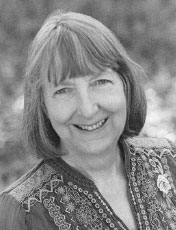 For some, Christian theology has been used to justify the consumption and use of animals; for others, Christianity is seen as a liberatory religion in which compassion is central to its belief and practice. Adams will briefly touch on key issues such as the meaning of “dominance” as it is introduced in Genesis 1, the connection between language about God and language about the other animals, the meaning of sacrifice, the way Communion language reifies the consumption of lambs, and will conclude with a discussion of the meaning of Christian veganism, drawing on the concept of “attention” from Christian mystic Simone Weil and proposing a Christology of veganism and that no more crucifixions are necessary.

Carol J. Adams is a feminist-vegan advocate, activist, and independent scholar and the author of numerous books including The Sexual Politics of Meat: A Feminist-Vegetarian Critical Theory, now in a Bloomsbury Revelations edition celebrating its 25th anniversary. Carol is also the author of books on living as a vegan, including Never Too Late to Go Vegan: The Over-50 Guide to Adopting and Thriving on a Vegan Diet (with Patti Breitman and Virginia Messina), Living Among Meat Eaters: The Vegetarian’s Survival Guide, and How to Eat Like a Vegetarian Even if You Never Want to Be One. She is the author of the training manual, Pastoral Care for Domestic Violence: Case Studies for Clergy - for Christian Audiences - Training Manual (2007) published by the FaithTrust Institute. She has a Masters of Divinity from Yale University. www.caroljadams.com