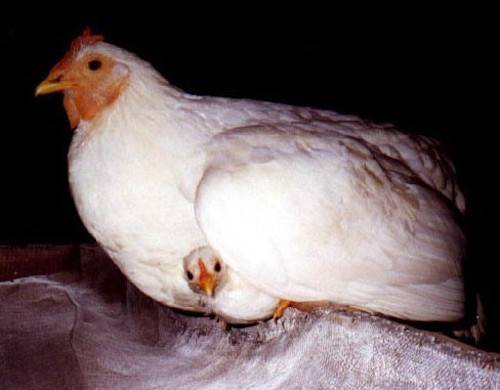 UPC Photo of Daffodil and her baby by Karen Davis

What Wings Are NOT For

A Newsweek article published April 28 about a current dearth of commercial chicken “wings” concludes the marketing account with the perspective of UPC’s President, Karen Davis in the following three paragraphs:

Davis says this manure does not just create toxic environments for the chickens, but it also presents major disposal problems. While some can be used for fertilizer, much ends up in runoff. According to a report by Environmental Integrity Project, the chicken industry contributes about 12 million pounds of nitrogen to the Chesapeake Bay each year. Today, 82% of the bay is partially or fully impaired by toxic contaminants, the Chesapeake Bay Program found.

"The environmental issue is very important, because the plight of the chickens again spills out into the larger environment," Davis told Newsweek. "One of the effects of the chicken industry is the destruction of wildlife and wildlife habitat. It just ruins every place it opens for business."

Environment Impact of the Poultry Industry